It is news of these days that Ares 2.0 together with an international team composed of the European Muslim Union (France), Eu Diaspora Council (Sweden), Mitra France (France), Associacion cultural and deportiva Lahoya (Spain) and Programma Integra (Italy), was awarded a grant from the European Commission to carry out OPEN project (Leveraging the strategies of New media and ProactivE CSOs and grass root movements to overcome Islamic radicalization oNline).

OPEN is a project that during two years will put in place a communication campaign and a series of related initiatives aiming to combat the terrorist phenomenon, addressing directly the world of young Muslims living in contexts characterized by strong social exclusion.

It will develop an action research plan aimed at understanding the ways in which young Muslims living in disadvantaged areas interact, building together with local communities and civil society instruments of alternative social interaction capable of promoting new forms of aggregation that remove the risk of radicalization.
The project, therefore, will complement the online communication campaign with support actions starting from the areas of Rome, Nice, Strasbourg and Alicante and training activities aimed at the associative subjects that deal with the issues connected to the integration of migrant communities. 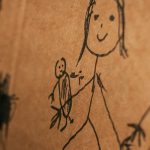 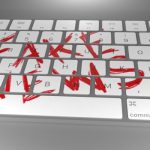 DREAM: a project to overcome online discrimination against the Roma communityAres 2.0