IMPACT project aims to develop a predictive assessment model able to show the impacts human transformations have on health and wellbeing in coastal areas. This goal will be pursued through the development of a multi-stakeholder forum and a novel, integrated, and participative Bayesian model used to issue an evidence-based and participated strategic research agenda. For the development of the model, the coastal settlements will be decomposed in 3 sub-systems (ecological, socio-cultural and spatial). Following, interaction between them and key environmental components (air, water, soil, climate, biodiversity, inhabitants and community) will be studied to further transfer it into a decision support system (DSS) addressed to policymakers. The Bayesian statistical analysis will show causal networks between anthropic actions, environment and health and will be then processed using a MCDA Analysis model. Based on these results, a user friendly software interface will be developed. Its validation will be entrusted to pilot projects carried out in 5 partner cities, where local Action Plans will cover urban and non-urban areas that have demonstrated a singular ecological and social resilience in the face of huge environmental pressures. These new plans, the comparison with the former planning approaches and the dialogue among stakeholders and civil society will be the basis for the selection of relevant issues to be reported in the Research Agenda. In the whole process the contribution of multistakeholder forum is crucial. Indeed, the system of causal relationships between people, oceans and seas is identified not only through expert knowledge, but also through the experiential one provided by local inhabitants (both organized and individuals). Thus, precisely to achieve broad public input and to foster communityuniversity interaction, an on-site and online forum will be set up. 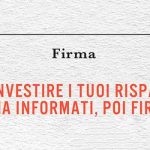 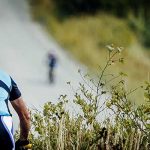